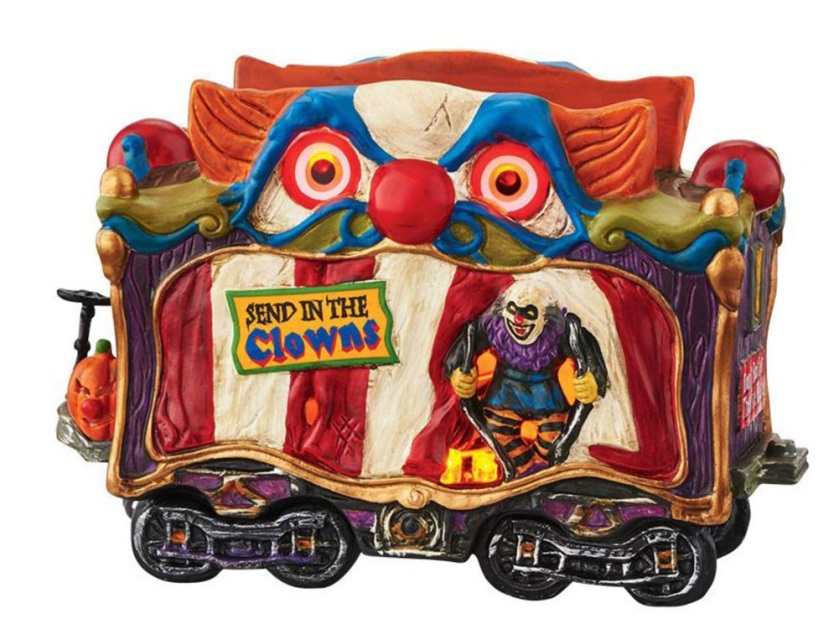 he sign on the side says “Send In The Clowns”. “Jack” the iconic jack-o-lantern hitches a ride once again, this year wearing a clown nose. The large clown eyes on top light and a glow also escapes from within the train car.
1 available
Add to Cart